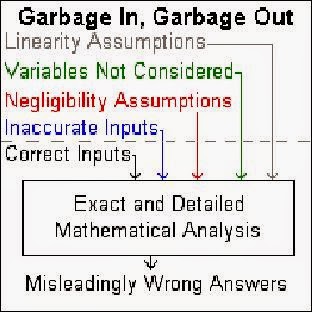 For many years now, any time any location in the world experienced more than a few days of above 90F weather, the Meteorologists would ring their hands in worry. "Further proof of Global Warming?", they would eventually posit. And the Main Stream Media would dutifully chant the global warming propaganda.

Yet, this writer has been often perplexed when the Meteorologists and Main Stream Media don't report that perhaps Global Warming isn't occurring when we experience colder weather below normal.

Lets think about that for a moment. For only 4 months of the past year, were temperatures in the Minnesota Twin Cities region above 80F. The 2013 Spring in Minnesota was very late. The 2013-2014 winter was particularly harsh. And the 2014 Spring is running about 5-7 weeks late when we divine the blossoming of the dandelion and the build up of the greatly reduced honeybee population.
Yet, to the best of his knowledge, again no Main Stream Media has ran a story indicating that this recent bout of colder than usual weather tends to disprove the existence of Global Warming.
Regular readers recall this writer has written previously about the Global Warming aka Climate Change hoax. The latest iteration of this writer's article follows here:

And, therefore, to avoid appearing hypocritical, this writer has written this article and proclaims that this near 8 month absence of of temperatures about 80F in the Minnesota Twin Cities area further disproves the bogus Global Warming Scam.

But this writer would suggest to you that this one sided Global Warming Mantra of US Main Stream Media is something more sinister, rather than something simply quizzical.

This writer asserts to you that this repetition of facts only favorable to the theory of Global Warming is a psychological tactic. The psychological tactic being to give you only information that supports the "truth" your government wants you to arrive at.

Those of you who have read some of my earlier articles regarding Natural Law, Divine Right of Kings, Marxism and Progressivism know something of how Truth is established in pursuant to these various metaphysical/Government models.

Under the Governance Doctrine of the Divine Right of Kings, Truth was established by...


Those were my thoughts.

If what is written here rings true to you, perhaps you should contact your local elected officials and let them know. If you are afraid of repercussions, snail mail it anonymously and ask them to respond in the local paper or their own monthly/quarterly internet newsletter. Even if this article refers to something outside you geographic area, it still likely applies to your location. Remember all those taxpayer training junkets we taxpayers send the bureaucrats on? They all learn the same “livestock management” techniques to use on WE THE PEOPLE.

Critical Thinking Notice - This author advises you as no politician would dare. Exercise Critical Thinking (http://bit.ly/ubI6ve) in determining the truthfulness of anything you read or hear. Do not passively accept nor believe anything anyone tells you, including this author... unless and until you verify it yourself with sources you trust and could actively defend your perspective to anyone who might debate you to the contrary of your perspective.