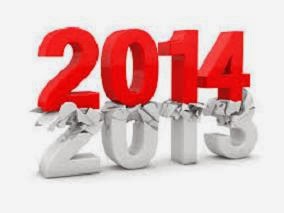 For about 5 years now, various Americans from across the political spectrum have talked about taking back their country and restoring strict adherence to our Constitution and Bill of Rights. Patriots; There has been a lot of talk, not much action and even less success. In truth, there has been an even further erosion of our liberties as our government continues to expand its power and because less transparent and accountable to WE THE PEOPLE.

With that perspective, it seems essential that WE THE PEOPLE commit to a 2014 New Years Resolution focused on turning back this erosion of our individual liberties and the expansion of our government’s power.
And, in making these resolutions, it would be prudent to admit that our actions and strategies over the past few years have been ineffective.
Therefore, in making these 2014, we should assess which past actions and
strategies have been ineffective and replace them with new strategies.

"Insanity: doing the same thing over and over again and expecting different results." - Albert Einstein

At the same time, we should incorporate into our 2014 New Year’s
Resolutions, changing paradigms which should be harnessed to effect the
desired change.

With that preface, let us launch into developing Resolutions
(Objectives) aimed at securing our mutual goals of retaking our Country
and restoring our Constitution and Bill of Rights.

Before going further, this writer advises the reader of his
endorsement of Natural Law and his preference to inform his reader in
accordance with the principles of Natural Law. Amongst those principles,
is the following:

Truth to be established by the individual using their own observations and reasoning.

And further, this writer advises the reader to exercise Critical Thinking (http://bit.ly/ubI6ve)
in determining the truthfulness of anything you read or hear. Do not
passively accept nor believe anything anyone tells you, including this
writer... unless and until you verify it yourself with sources you trust
and could actively defend your perspective to anyone who might debate
you to the contrary of your perspective. This advice seems particularly
relevant in light of the confirmed lies used by our government to pass
Obamacare.

What would Sigmund Freud say about males who watch sports on
TV& play video games instead of standing up to corrupt government
officials? – Don Mashak

And, this writer posits that each person who would say they love
their children and/or would call themselves true patriot would commit to
this first 2014 New Year's resolution:

RESOLUTION ONE
I will be actively involved in the political process this year.

This writer asserts that the two alleged major parties have betrayed
their rank and file membership. The two major parties have used issues
as a means to divide and conquer WE THE PEOPLE. In dividing WE THE
PEOPLE they also distract us their corruption and prevent us from
uniting against the corrupt, incumbent status quo of the two major
parties.

The confirmation of the lies told to get passage of Obamacare and the
recently exposed violations of our privacy by the NSA have created a
paradigm shift we should use to our advantage. That Paradigm shift
being distrust of government by both the rank and file membership of the
alleged left and the alleged right, whereas before a great portion of
rank and file Americans regarded government as benevolent and
trustworthy. This writer suggests that WE THE PEOPLE should use this
opportunity to unite against our corrupt government.

With this premise, this writer would propose the following resolution
for each who says they love their children and/or call themselves true
patriots:
RESOLUTION TWO

I will actively work to....

Critical Thinking Notice - This author advises you as no politician would dare. Exercise Critical Thinking (http://bit.ly/ubI6ve) in determining the truthfulness of anything you read or hear. Do not passively accept nor believe anything anyone tells you, including this author... unless and until you verify it yourself with sources you trust and could actively defend your perspective to anyone who might debate you to the contrary of your perspective.