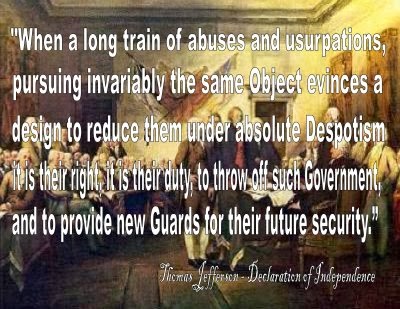 Though this article focuses on the departures from the Rule of Law in the Divorce case of Sandra Grazzini-Rucki vs. David Rucki, this

writer takes a broader perspective. That broader being one addressing the importance of enforcing adherence to the the Rule of Law and Due Process; both of which are not only statutory requirements but Constitutional and Natural Law Rights of every person. (Before we go farther, this writer asserts that he would write the same article if theroles of the parties were reversed.) This article is a follow up to the latest hearing relating to this matter from January 10, 2014 and a call to action for the upcoming January 27, 2014 hearing for Lawyer Michelle
MacDonald.

Injustice anywhere is a threat to justice everywhere.


Let us begin with an intellectual and emotional appetizer
intended to make you non-lawyer types hungry for the rest of the story.

Imagine finding yourself in this scenario, you and your
spouse have been married nearly 20 years. You have built a successful
business and have five children. To settle the Divorce, you agree to
take the family home of 14 years and have custody of your 5 children
while letting your spouse have parenting time, the business, and other
properties.

Somewhere along the line your spouse sits you and the 5
children down at the table with a gun and says either “you are going to
kill everyone” or “you are only going to kill yourself”.

More than a year after the divorce is settled, you find
out about a hearing that you were not party to. With no evidentiary
hearing or finding of fact, Sheriffs inform you must be out of the house
and cannot tell the children why. You drop the children off at school
and go home and pack only the one bag that the Sheriff’s deputy will let
you pack. Everything else is lost to you. The children are to be taken
care of by an undisclosed third party. And you leave your home of 14
years.

A year later, during a hearing to restore the divorce
agreement and regain custody of the children, your lawyer is arrested
during the hearing for reasons yet unknown and you are told to leave, as
obviously the hearing will not continue. You take the files and other
property left in the court room so they do not become “lost”. You later
learn that after you left, the Judge resumed the hearing with your lawyer in handcuffs, without glasses, shoes, files or a client….

Later you find that the children are back with your spouse, but two of them have run away and not been seen in months.


That should be enough to get your attention and peak your interest.

None are more hopelessly enslaved than those who falsely believe they are free.


With that literary appetizer consumed, this writer hopes that
the reader will find this writer’s perspective unique and thought
provoking enough to be moved to action.

This writer sat in the Federal Court room in St. Paul, MN on January 10, 2014 and heard Judge Susan
Richard Nelson ask Lawyer Michelle McDonald to produce Case Law
Citations from the Federal 8th Circuit Court. As this writer listened,
the following thought began to take root in this writers mind:
And with that thought, this writer set about answering
this question using this thought process from one of his favorite
recurring tweets:


And so we begin to use those neat tricks and observations to try to make sense of what has transpired and how Federal Judge Susan Richard Nelson should rule. In the case of Sandra Grazzini-Rucki, the facts of interest to this writer are....