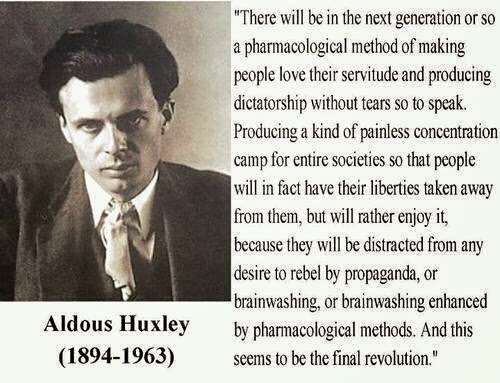 Most Americans feel something has changed, and not for the better, inAmerica. But ask them what exactly has changed and how the change occurred, and most can only give a general impression of a loss of liberty and expansion of government power and control.

It is this writer’s belief that his Unified Theory of American Government and Politics will help his fellow American understand what is changing, how it is being changed and how they can resist change they oppose. Now this writer has collected enough information to write a book, but in deference to constructive and less constructive feedback about the length of some of his articles, this article will be a summary
of this theory. (And I will write the book in the future). The Importance of getting this information into the minds of the American masses outweigh any personal economic considerations.

This writer politely suggests the reader will get more out of this article if they read these 2 previous articles first:
To understand foundation of American Government, it is necessary
to how our current American Government came to be. We will look at
aspects of the government that preceded our Republic and examine and
compare those same aspects as they occurred in the early Republic. We
will compare these aspects of Governance under:
For our purposes, we are going to go back to the fall of the Roman Empire 476 AD.
In Western Europe, following the fall of Rome an economic system know
as Feudalism and a Governance Doctrine Known as the Divine Right of
Kings evolved into being.
DIVINE RIGHT OF KINGS

The Governance Doctrine of Divine Right of Kings stated essentially:
The King is a God or the representative of God here on earth, and, therefore no earthly being can question his decisions.
NO RIGHTS

All property belonged to the King. People upon the Kings property
were subjects as opposed to citizens. Subjects do not have rights; they
obtain permissions and/or privileges from the King or the Kings
representative.
NO PRIVATE PROPERTY RIGHTS

None besides the King owned property; they obtained the King’s
permission to be upon it and/or were granted the privilege of managing a
particular piece of property for the King in exchange for loyalty,
payments and soldiers for the King’s Army. In short, almost the entire
wealth of the country belonged to the King.
SUBJECTS

The vast majority of people were peasants. Under the economic system
of Manorial Feudalism peasants were essentially tied to a parcel of
land. In effect, they were the property of the King and whomsoever the
King appointed to manage that land.
CLASS SYSTEM

Various Class systems existed. The sharpest division was the King
and his subjects. But to control all of his lands and subjects, the
King had to delegate authority to others to administer sections of his
Kingdoms. From this arose an aristocracy; initially just the trusted
Administrators of the King’s Property and/or governmental affairs.

Though they did not think of it like this at the time, Aristocrats
essentially traded the liberty of the masses for their own personal
gain. Even if the King was wrong, they most usually went along to get
along to keep their privileges and permissions. Little or no thought
was given to the quality of life of the lower classes. And any conflicts
of conscience between the King and the peasants were quickly decided in
the favor of the King. Perhaps the key thought to take from this
paragraph is that the King cannot maintain control without the support
of the lower hierarchy. The King and the aristocracy were mutually
dependent on each other to maintain their power and privilege and
enforce their will on the masses.

As the Governance Doctrine of the Divine Right of Kings matured,
another class of persons emerged called “Freedmen” or “Freemen” These
often were merchants or tradesmen with enough wealth to be able to
support and free themselves.
SELF DETERMINATION

There was little or no Self-Determination. An individual’s life was
most predicted by the class or status they were born into. Life was so
harsh and existence so close to the margins, that most could not afford
the consequences of challenging the social order. Your profession was
most likely to be that of your father. If you were born the son of a
blacksmith, more than likely you would grow up to be a blacksmith. If
you were born the daughter of a blacksmith, you father would likely
arrange a marriage with for you with someone of similar class and
status. There were exceptions, to be sure, but the upward mobility
experienced in the first 225 years of the American Republic did not
exist under Feudalism and the Divine Right of Kings.

Without Self-Determination, the day to day, month to month and year
to year elements of living became settled tradition. And tradition and
superstition became the reasons and restraints to those that dare dream
of their life being something more.
ESTABLISHMENT OF TRUTH

Truth was established by the King and the Church. The truth the King
and the Church established could not be challenged. From your history
you remember persons being excommunicated, punished, burned at the
stake, or otherwise being killed for challenging Church Doctrine.
People were killed for....