With the delay of Britian’s plans for World War III, due to…

The British Empire's WW3 Plan Must Be Stopped!

"This empire is determined to set the nations of the world into a war with one another, which is…

After all Flake did say his 11 year U.S. Congressional voting record pushing comprehensive immigration reform was, "a dead end….. and not possible." Having said that back in March 2011 after announcing his run for Kyl’s Senate seat, wouldn’t it make sense to support a fellow lawmaker, a constituent in your district, a fellow member of your faith and someone who shares your views on the border? I would if I were trying to convince the voters that after 11 years I…

Debt Super Committee Needs a Hero? I'll be your Huckleberry

Well the deadline has come and gone for the Debt Super Committee? The Stock Market is roiled and America risks having its credit rating down graded. What should be done?

The new hero of MEXICO and SOUTH AMERICA

He is on evrey spanish t-v station in the world!!!!… THE RECORD on Newt Gingrich... Just more of the same, just what we all want, RIGHT?

With thanks to GPTPP Member Lynn Stevens...   And as bad as all of this is, it doesn't even mention the misappropriation of campaign funding...

FACE IT, people.  NEWT GINGRICH IS A LYING SACK OF CRAP.  Always has been.  Always will be.  This man is not now, nor has he ever been, nor will he ever be, Presidential caliber.  He belongs in the dustbin of history, to paraphrase Ronald Reagan. 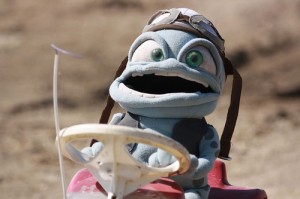 So now Newt Gingrich, of all people, has become the new darling of the Tea Party.  Newt, who cheated on his wife with his secretary.  Newt, the Bilderberger.  Newt, Mr. New World Order Bush's right hand man in the House.  Newt, the guy who lost his job as Speaker of the House and his position in Congress for shady dealings with his campaign financing.  How quickly we forget.

Anybody see this yet on BigGov?

This PowerPoint appeared on BigGov today. Thought I'd post it here. It gives information about Dem/Left tactics (they've already hit the ground running for 2012) how they plan to win and what we need to do. Right now.